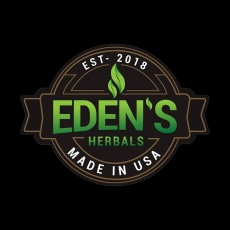 Eden's Herbals is a family owned company that is growing fast by selling high quality CBD products through our website edensherbals.com. All of our products are lab tested and created right here in the United States and ship free to all 50 states.

We sell THC-free as well as full spectrum CBD edibles, tinctures, and topicals

I invited a handful of influencers to promote my campaign, in order to see which ones were interested and what they would charge. This worked great at first. I was able to get proposals from the invited influencers, review their application, then decide whether I would like to approve and pay them. I approved one influencer with no issues. But then other influencers started to get approved without me clicking anything. At first I thought I must be doing something wrong, clicking the wrong button or what not. But then an influencer actually submitted a proposal and got accepted, all last night after I had logged out. Clearly something is going wrong because I was never given the option to accept or reject them. This means I have to either just let them work on my campaign, or I have to boot them from my campaign and explain that it was a techincal malfunction and hope they haven't started working on it. It also means that influencers are being given coupon codes, before we can actually make them work in our system. It's a mess and I'm hoping there's an easy solution! I like the idea of Dealspotr but can't use this platform if it's going to accept bids without my approval like this!

Robert Panek I just tested it and it does actually work. Just use coupon code EDENSDEALSPOTR
8 months ago

Garf Kohler Unfortunately, that's not the code I was talking about. READ!
8 months ago

Garf Kohler This code doesn't work! Don't use it.
8 months ago